Year 9 Duke of Edinburgh students were a credit to their local community on the 8th November. The students worked with Thames21 staff and volunteers to conserve a local wetland habitat along the Thames Road in Dartford. Despite inclement weather and low temperatures the Year 9 students were exceptional in volunteering and Ray Hudson from Thames21 remarked “It was one of the best groups he had encountered”. 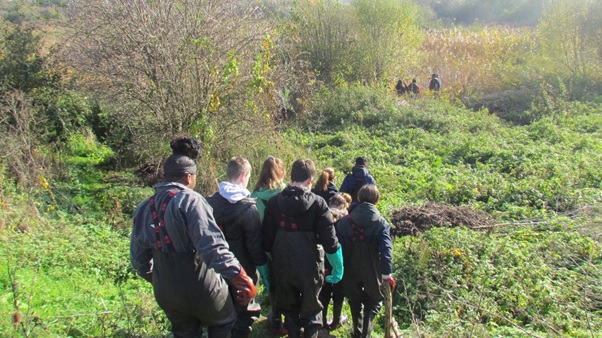 The first group of students (shown below) were tasked with the activity of clearing the reeds from the wetland to promote greater growth from the water and improve biodiversity. This involved using bill hooks, shears and a slasher. This would also promote better light accessing the water and therefore increase plants and animals to the fragile ecosystem, including the endangered Water Vole. As you can appreciate this was a large task to be undertaken but students were compliment for the work completed by Thames21 staff. 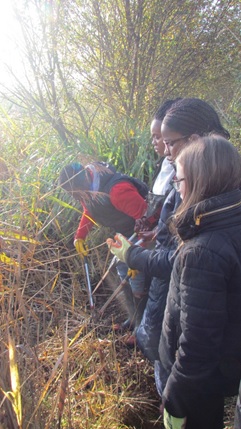 Clinton using the shears, whilst Ketsia, Janet and Stevie clear cut reeds from the water to create bankside habitats for mice. 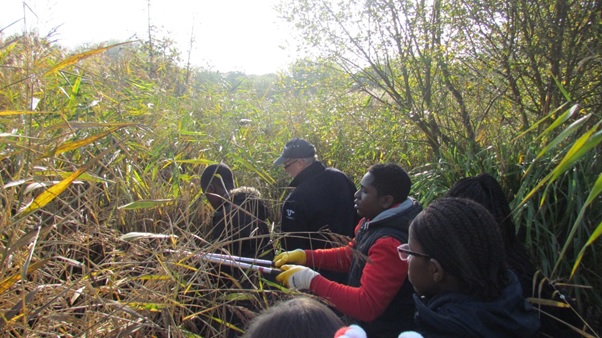 Meanwhile, the other group were tasked with removing the reed roots from the water. This deeper water habitat restoration, which involved wearing waders as water levels were higher. Students were given similar tools and small blades to cut the roots from the river bed. You can see the activity completed below. 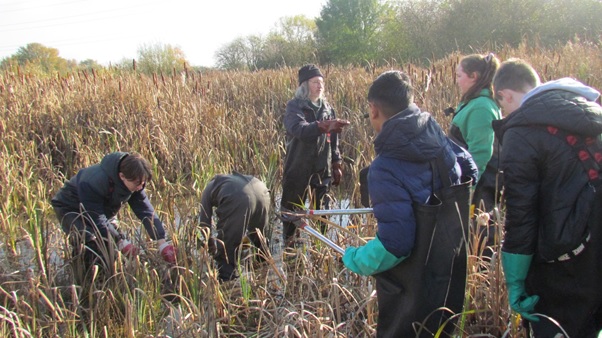 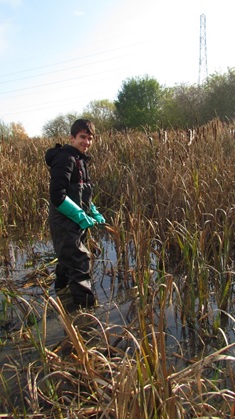 Simao cutting the roots of the reeds. 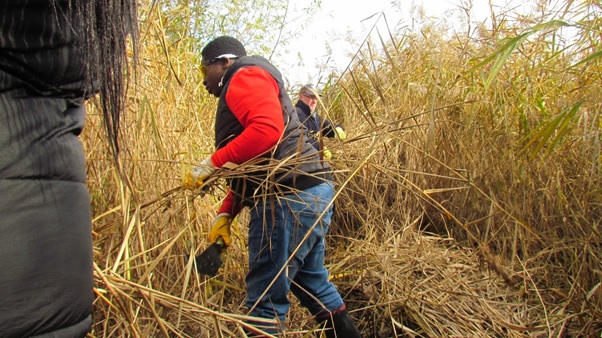 Clinton using a bill hook to cut the reeds. 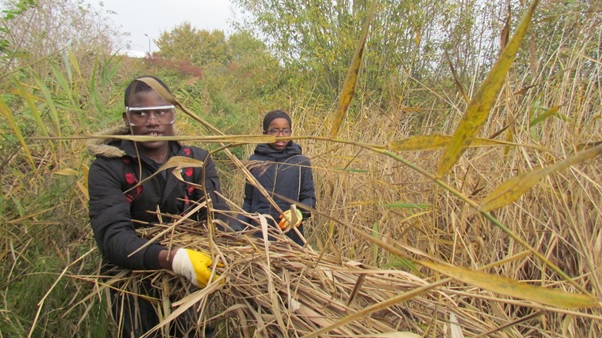 Aisosa and Janet collecting the reeds to build habitats onshore for mice.

The Year 9 DofE students did a fantastic job of clearing the wetland habitat of overgrown reeds to allow sunlight to penetrate the water and encourage new growth. The students have now achieved 8 hours of volunteering towards their goal of 3 months and have completed an array of different activities- both within and outside of school – meaning that they will soon achieve this part of the award. Activities have included creating a community garden within school, tending to new tree saplings in the grounds, planting bulbs and wetland maintenance and enhancement. A superb effort from all the students involved. 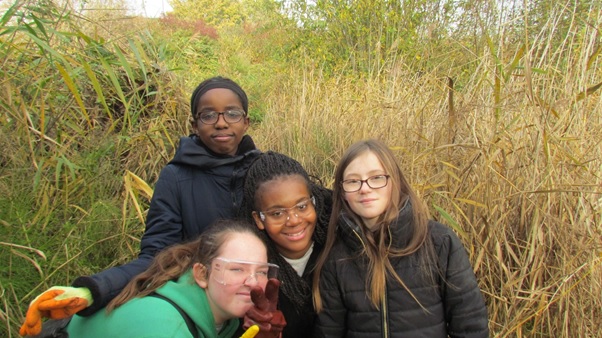