On a cold day in January Year 9 students took time out of their school studies to give back to their local community. The first task assigned to them was to collect rubbish from the fringes of school grounds that had gathered over the course of the year. This meant that they could check on the newly planted tree saplings donated by Woodlands Trust. This is an initiative by the school to improve the biodiversity of the grounds and enhance the wildlife corridors for mammals through hedges. 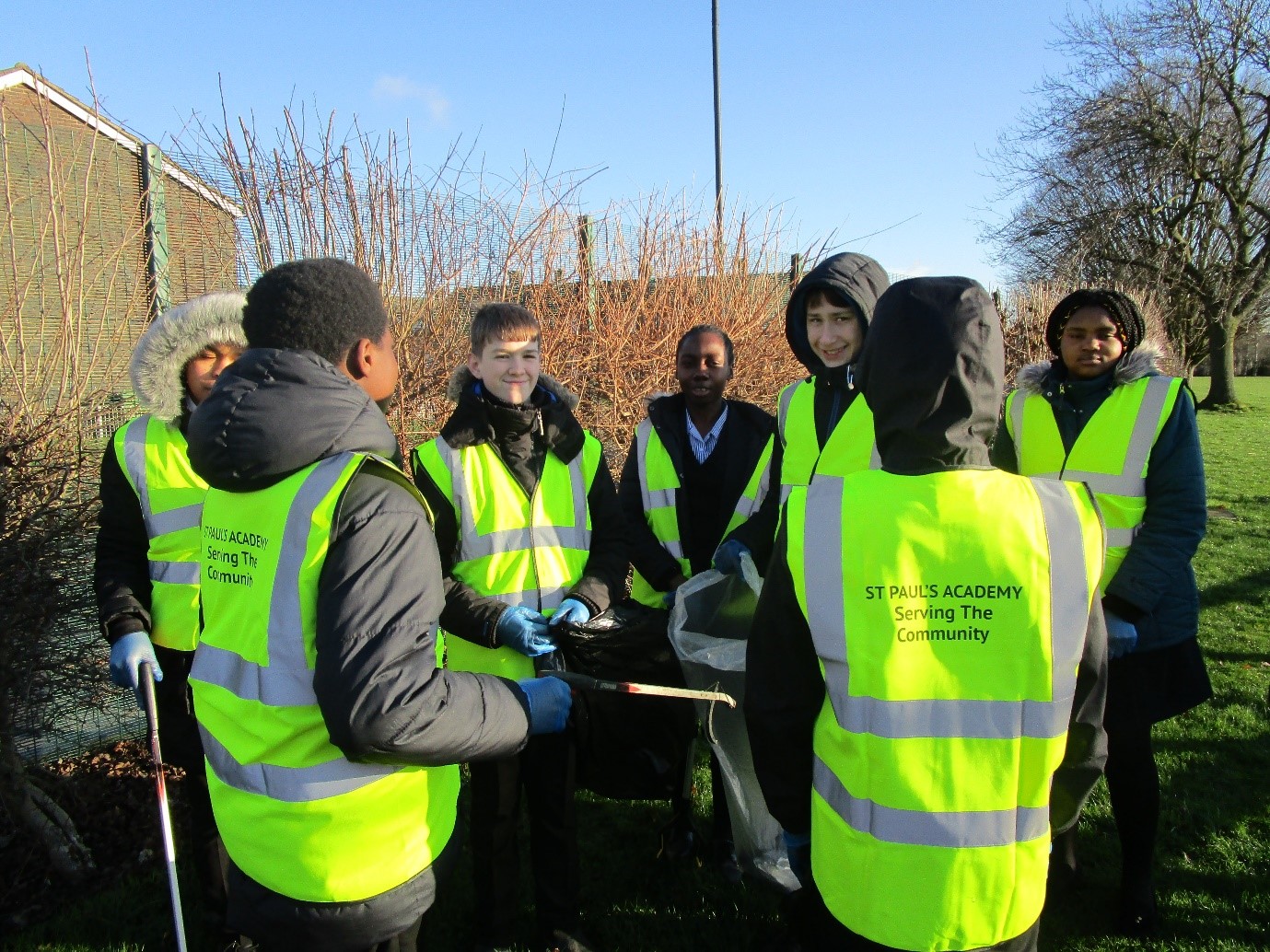 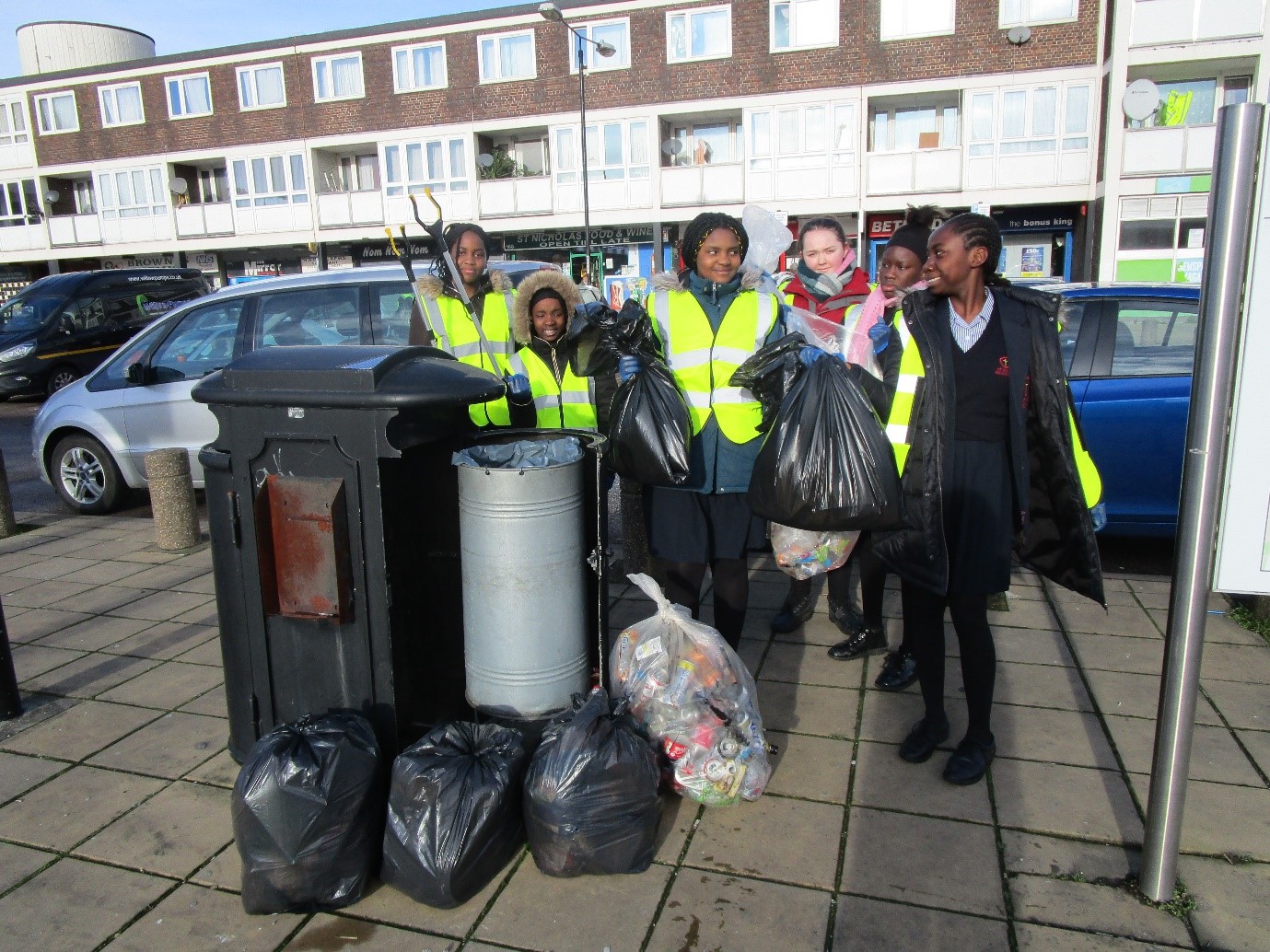 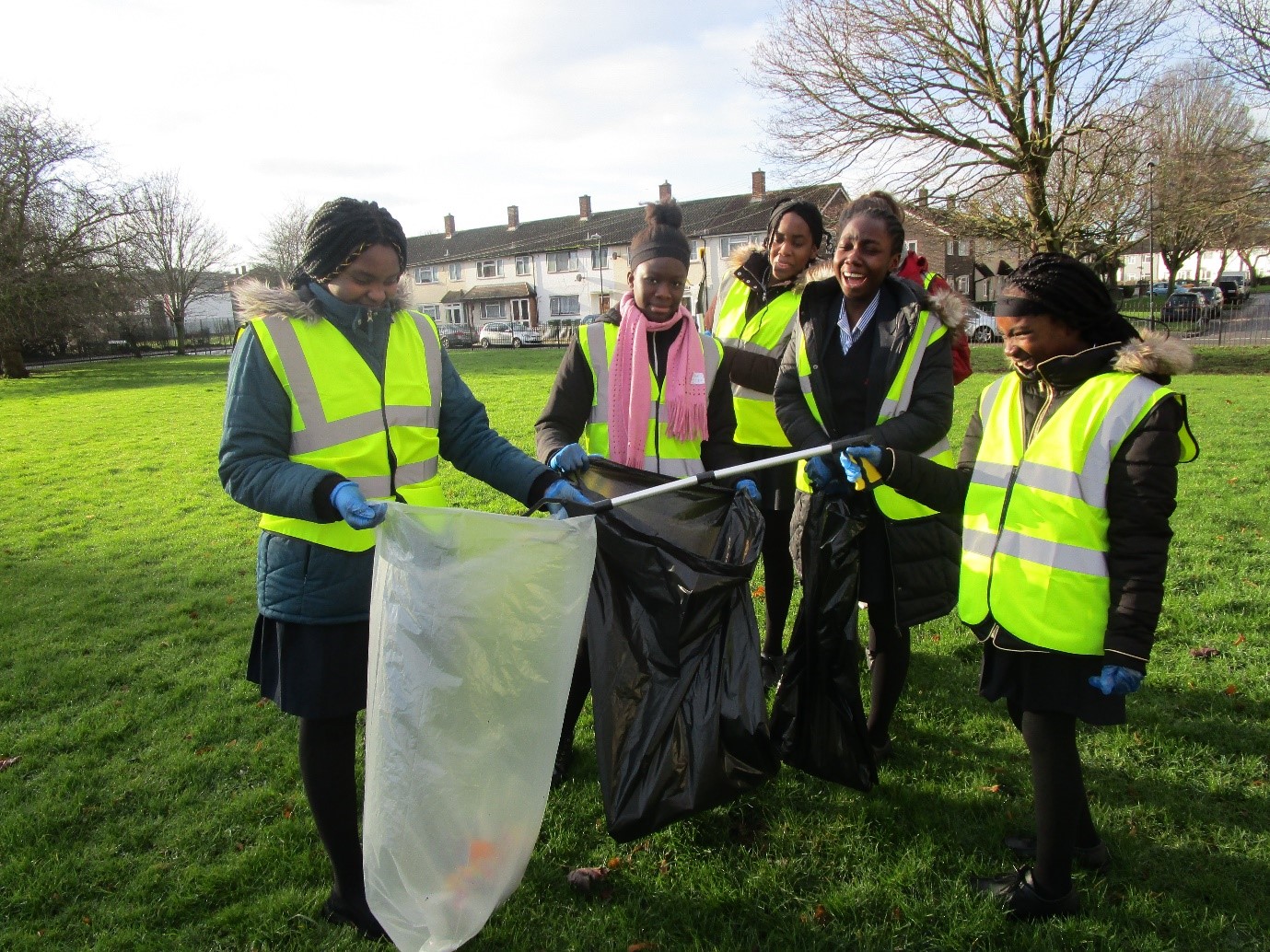 It is hoped that the school can provide care for the community on a regular basis in the future, as part of being community stewards and supporting internal initiaitives, such as the Duke of Edinburgh and BTEC Citizenship Awards. Once again the students who gave up there time were ambassadors for the school and assets for their local community. 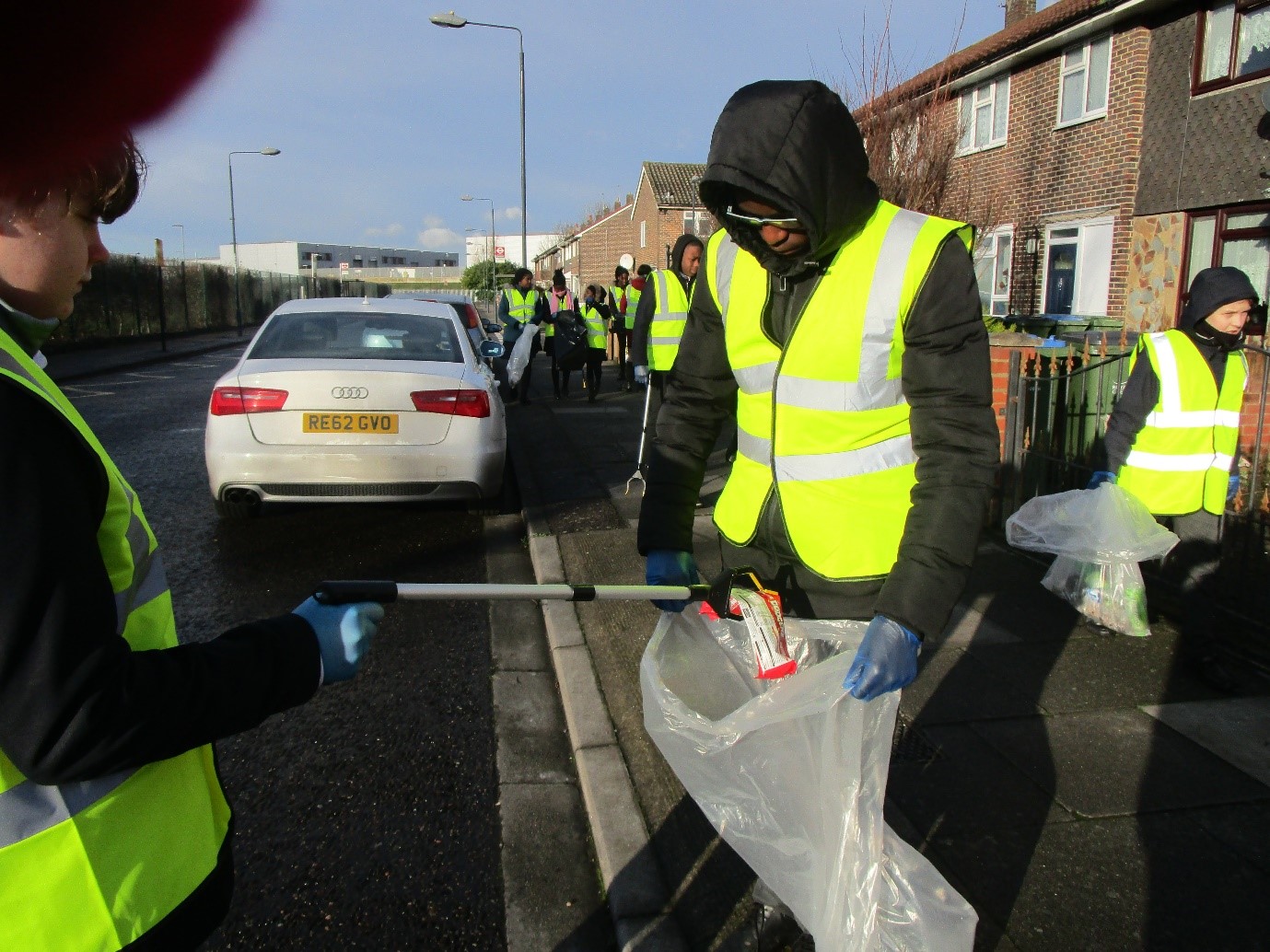 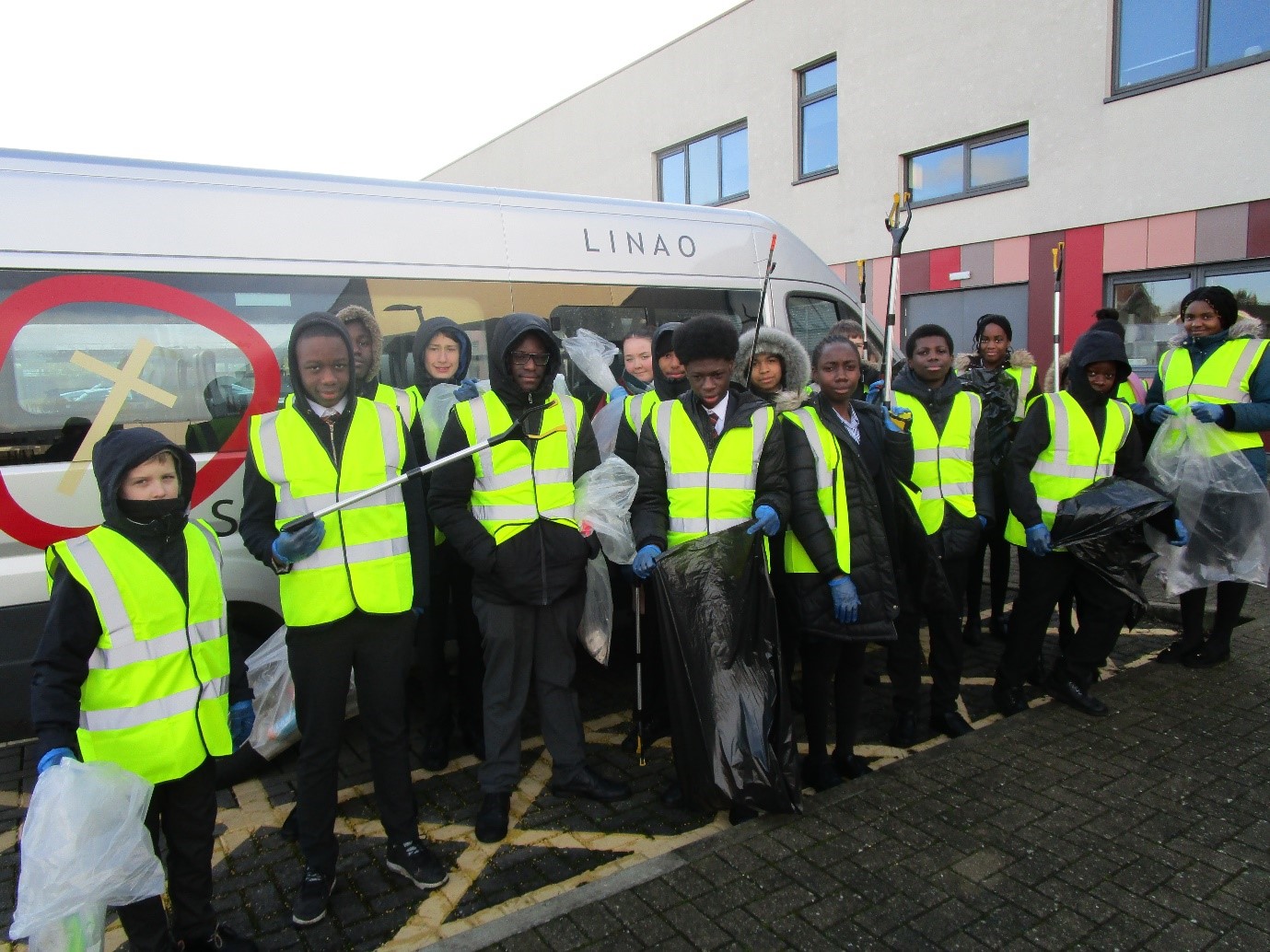 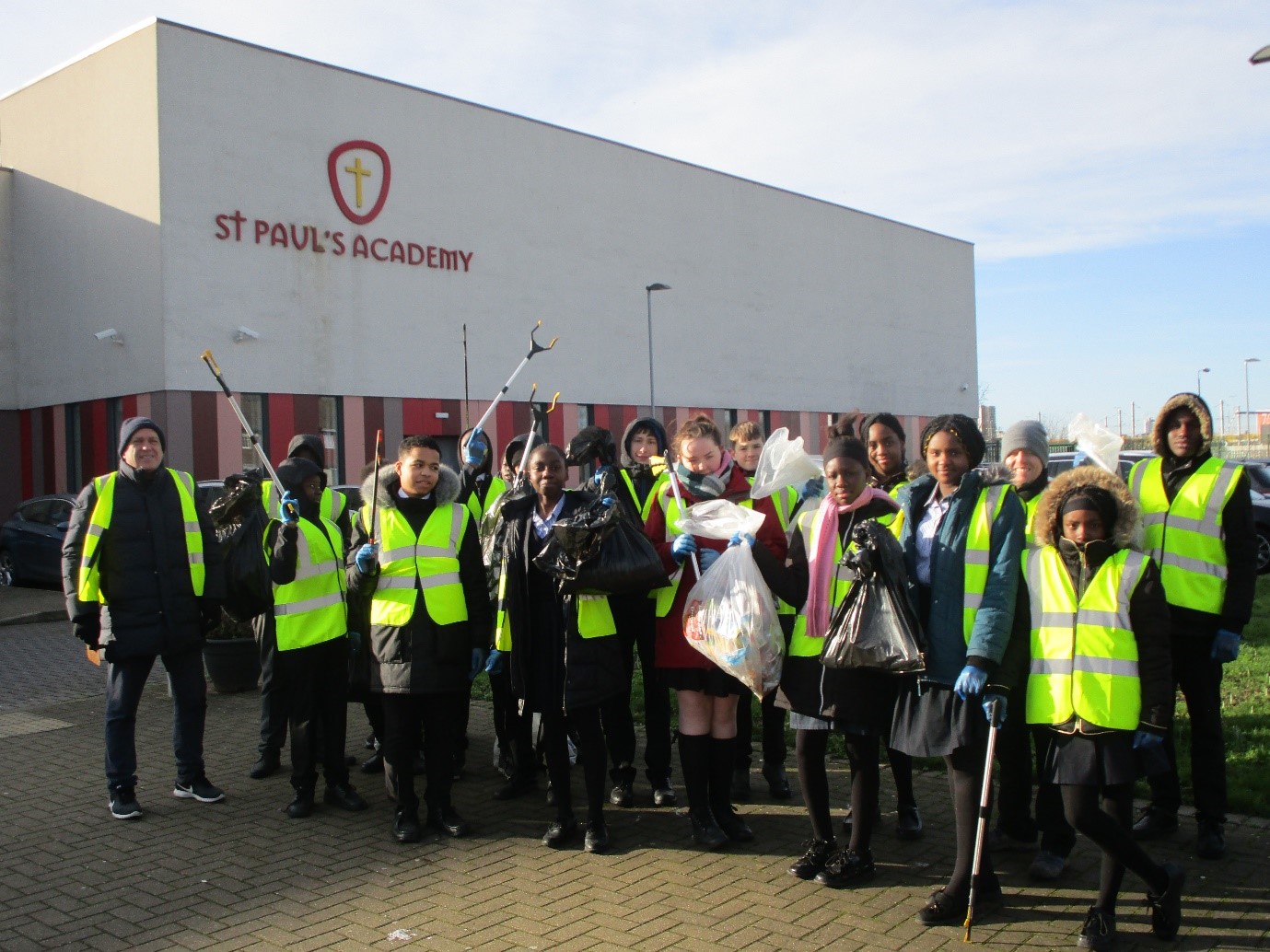