In 2013, Miss Duffy helped to set up and establish Netball at St Paul’s Academy.  Each week up to 70 plus girls across Years 7 to 10 participate in regular netball training sessions with Miss Duffy delivering three plus netball training sessions a week for pupils. Acutely aware of the lack of competitive fixtures available for her girls to play and the lack of structure for secondary school Netball in Greenwich, . 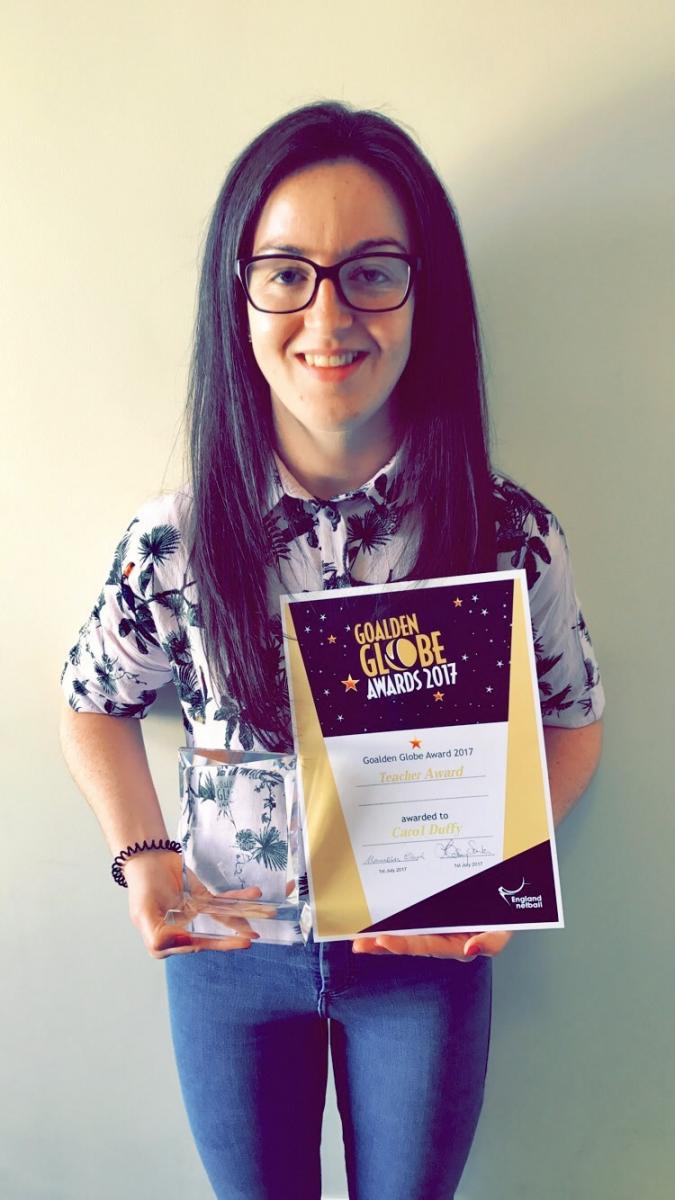 Miss Duffy made it her mission to establish a sustainable league. Her vision was to enhance participation in Netball for all girls in Years 7 to 11 across schools in Greenwich. Miss Duffy aimed to set up a league which would allow girls to engage in regular, competitive netball fixtures, in turn developing the levels of skill and understanding of the games as well as building meaningful and lasting relationships between Greenwich Schools. Over the last 3 years the Greenwich Schools’ Netball League has continued to grow and within the last 12 months has seen the involvement of 8 secondary schools in regular netball fixtures across the borough each week.  A further 3 schools to date will also join the league next year.  Working closely with staff across all schools, Miss Duffy’s passion and enthusiasm for netball has helped to hugely enhance its status and levels of participation throughout Greenwich Borough.  Within the last 12 months Miss Duffy has also been working extremely closely with members of Greenwich Borough Sports Development department to help develop netball in Greenwich even further. As a result three Year 9 girls have also been afforded the opportunity to represent Greenwich Borough in the London Youth Games in July at Crystal Palace.

Miss Duffy has been the driving force of Netball in Greenwich and as a result has received this England Netball, London and South East Netball Teacher of the Year Award in recognition of all of her achievements.  Well done Miss Duffy, keep up the great work!