Exciting news today!  Three members of the Young St. Vincent de Paul Group at St. Paul’s Academy received Jack Petchey Awards for service to the community. In reality, any of the young Vincentians could have been given the award as they have all shown outstanding service to the school and wider community.

The award winners are Ebele, Navreet and Desmond, seen above with Sister Franca and Miss Malone. They received their awards in a ceremony in the Chapel today. Their achievement was then celebrated with a party. 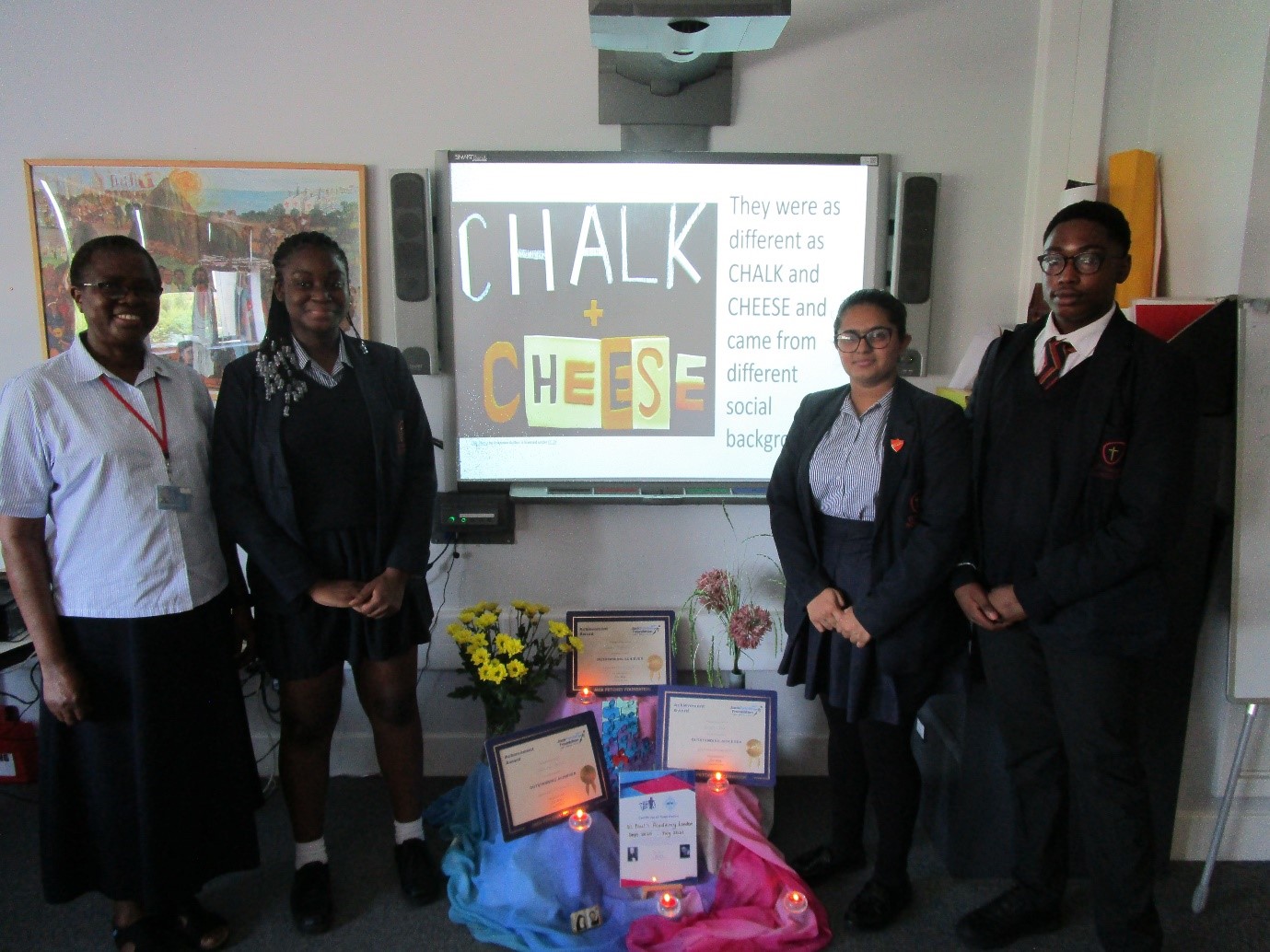 Sister Franca started the YSVP Group at St. Paul’s four years ago and has been inspiring the group to serve those in need and to pray for the world ever since. Students have fund-raised for CAFOD, SVP, and the homeless amongst others. The students have collected food for the food bank and toiletries for the homeless shelter. The group meets weekly to pray and take action including leading assemblies, preparing awareness and resourcing materials for display around the school.

Alongside their sister organisation, the Justice and Peace Group, the YSVP members have reflected on the environment, poverty, homelessness, and refugees. In the past, the group has visited residents in the local care home, taking time to play games and share stories with the elderly residents. The group has networked with the National SVP Organisation in the Southwark Diocese and had the pleasure of being welcomed by Archbishop John Wilson, who was very impressed with all that they do to promote Gospel Values in the school and in the local community.