Chisom in Year 11 has won the Jack Petchey Award for November after being voted by her peers from the Leadership Team for her outstanding resilience. This award was presented during the Year 11 Leadership Team Commissioning Service by the Principal, Miss Malone. 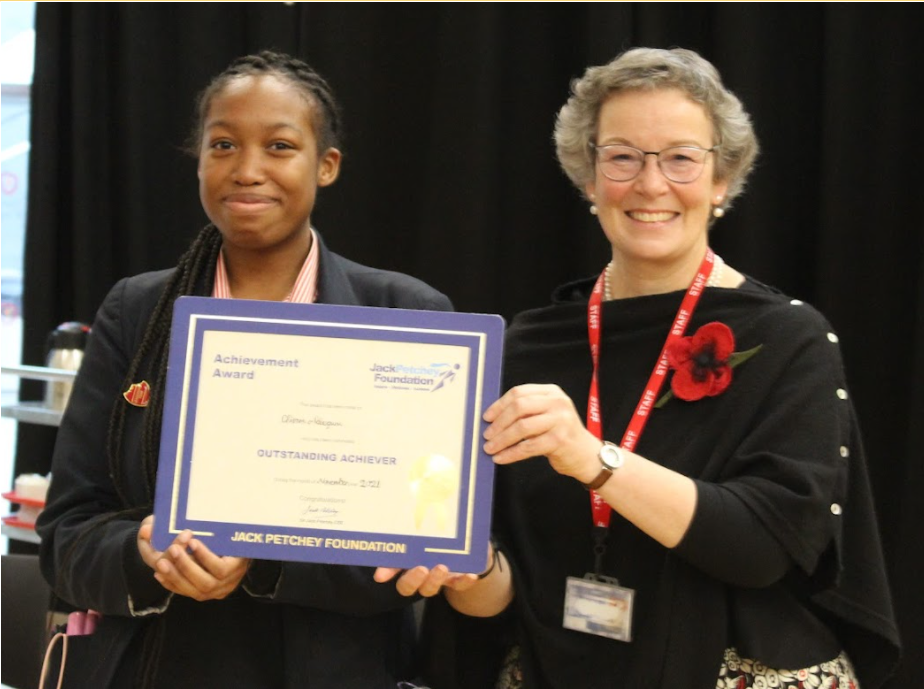 Chisom has been awarded the Jack Petchey Award for overcoming barriers, within and outside of school, and showcasing to others how to be resilient. She has been nominated by her peers because of her decision to apply for interview to join the Leadership Team and participating in public speaking, which have both been huge achievements for her. Chisom herself openly admits that this has been a personal milestone as she wishes to become more confident and make herself and her family proud of who she has become. Chisom is a role model to her peers and this has been emphasised in the comments made by those who voted for her.

The other qualities recognised by this award are her kindness and helpfulness towards her peers and those who she recognises are in need. These are the qualities that many of us strive for within the school community and embellish the ethos of the Academy.

A stand-out quote from one of her peers during the nomination process was that 'Chisom makes a difference in all people's lives for the better'.

Chisom’s pastoral team know her as a model student who strives to better herself academically and personally. These are qualities that we greatly admire in a student at St Paul's Academy. Chisom is an asset to our school and wider community and she reflects the Catholic values that underpin everything we do at the Academy.

The Leadership team (pictured below) are all outstanding members of the school community and alongside Chisom, should be commended for their commitment to making our community the best it can be. 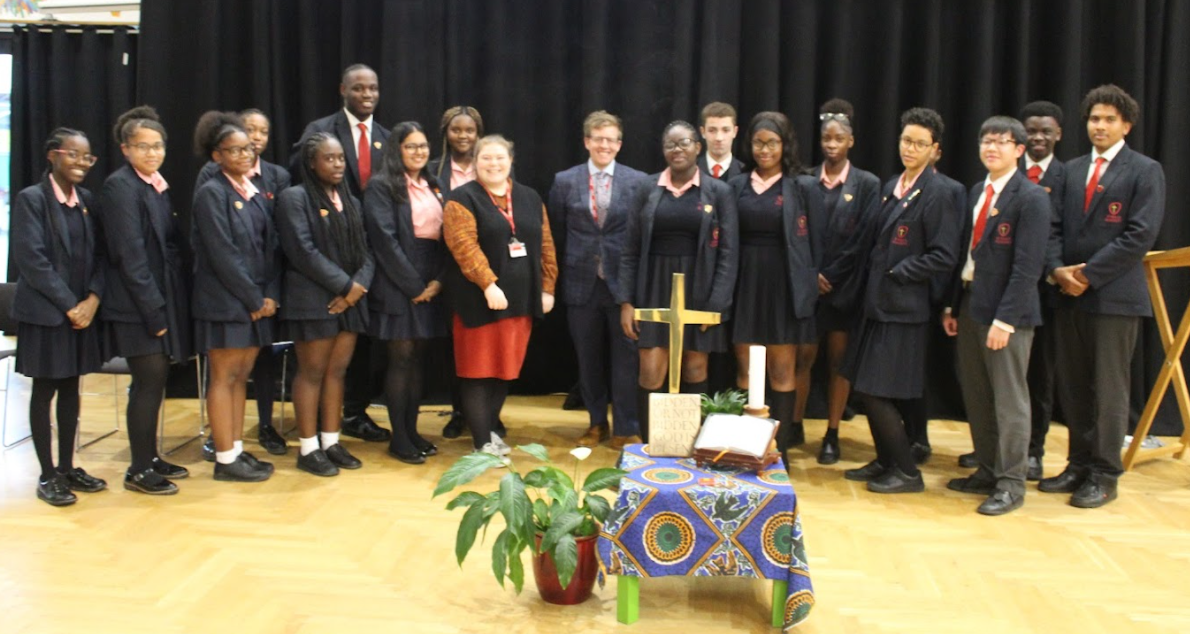